This is a post to accompany my presentation. The slides can be found on my SpeakerDeck profile here.

Behaviour Driven Development [BDD] is a bit of a buzz word at the moment, to understand why I am providing a small introduction to the subject and why it is a great process to use in writing software.

Originally coined around the mid 2000’s by Dan North, BDD is an evolution of Test Driven Development [TDD]. Which also takes concepts from existing Agile practices and Domain Driven Design [DDD] to produce a process not just for testing software but for the whole software development cycle. BDD is great for teams who are new to testing or have recently developed software with Agile methodologies. BDD also helps teams workout what the next most important feature is, when a feature is finished, where to start developing and what to call objects in the system.

How does BDD do this? BDD takes everything we have learn’t from TDD and adds to it. There are lots of blogs and books on the subject of TDD, but in essence a developer writes their test code before their production code. A developer would write a failing test then write just enough code to make that test pass. Then the developer can refactor the code and repeat the process until the feature they are working on is done. Hence the mantra Red, Green, Refactor.

BDD shows us that by writing our test names as sentences we can solve the common problems and understand,

What to Call Your Tests

When I first starting doing Test Driven Development my tests looked something like the example above. It is not instantly clear what the production code should do, you need some understanding of the test code. BDD tells us to write our test names as sentences describing the behaviour we are wanting to implement. Starting the test name with “Should” and following the sentence template “My class/method Should do something.” helps focus the test. For example,

This is a lot more understandable to none technical people on the project.

What to test and what not to test

There is only so much behaviour you can put into one short sentence. I have found that if you are finding it hard to write the test name or if the word And appears in your Should part of the test name and it is becoming complicated then this is a good sign you maybe testing to much or you have behaviour in the wrong place.

Here our test is checking that when the first name property is missing on the client details object the validate method will fail and send an email. If this test fails we will have two things to check, whether the validate method passed or failed and if the email service was called or not. But more importantly if you implement this test you will be breaking the Single Responsibility Principle, The Validation class should know nothing about email, we have behaviour in the wrong place.

As your code evolves over the course of the project tests will fail. They will fail for one of three things,

To understand why the test is failing go back to the test read the test name to understand the expected behaviour. Read the code, has a bug been introduced? then fix it. Has a piece of behaviour moved, move the test and refactor it if needed. Has behaviour been removed, then delete the test.

As I said earlier BDD is not just about testing (although I do talk more about testing later), BDD can be used for the whole software development process. BDD can be used in the requirements gathering stage as well. By using some common other requirement gathering techniques and some of the concepts from DDD a Business Analyst can workout and prioroties the requirement of the system. DDD is quite a large subject in itself and would take a few posts to describe it. One of the main ideas behind DDD is that communication is key when modelling the system. To aid the discussions between the business and technical experts a common or ubiquitous language is produced. This ubiquitous language describes objects and processes in the real world and the same objects and processes in the system. The point of the discussion is to workout the requirements of the system. A great way to capture these requirements in through user stories.

A User Story is a short paragraph that describes a feature or requirement of the system. They can also be used to prioritise the feature. A common template can be seen below.

Rearranging the paragraph likes this focuses the user on the task in hand, and what steps need to be done to complete it. I also use the MoSCoW Priorities (Must/Should/Could/Wont) method to factor in the business value this feature would bring to the system. Here is a simple user story for an ATM from the customers point of view.

For every story that is written there are many scenarios to consider, for instance in the ATM example.

BDD provides a way to capture these scenarios through another templating language called Gerkin.

Looking at the ATM user story we can produce the following scenarios around the customers account being in and out of credit.

Looking at these scenarios it can been seen that they both hang off the same When the customer requests cash event, but due to the initial setup the system behaves differently producing different outcomes.

A simple ATM example of both styles of test can be found on my GitHub page.

Why you Should be doing BDD

Hopefully I have given you a good overview of BDD but if I still haven’t convinced you here some points to take with you.

For non technical members of the team, 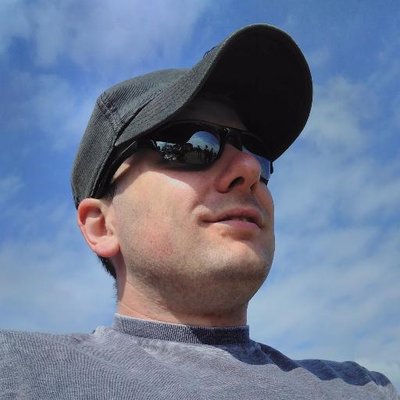 Richard is a .Net Developer with 8yrs experience building web applications. Richard has a keen interest in developing APIs and distributed systems for the cloud using agile methods.
Leeds, UK